History appears to have forgotten who said it first. Most commonly, it’s attributed to Faulkner, though some say Welty, or even Wilde. Regardless of who came up with it, I’m sure it’s a phrase that will live forever, because there will never a time when it isn’t true. To kill your darlings means to resist being precious about your plot. —A hard thing to do, especially when so many hours go into creating it. It’s a gruesome phrase (kill what you love?), but it’s probably also the best piece of advice for writers at any stage of their careers.

This stems hugely from the necessity of trusting the reader, and the reader’s intellect. A good rule of thumb is to write with the assumption that your reader is at least as smart as you are. The rule exists to prevent unnecessary exposition and curbing the risk of unveiling something that the reader has already worked out. 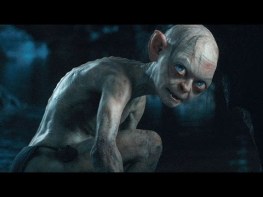 Remember what happens when you’re all about the precious.

There are exceptions, of course. Unfortunately, there are far fewer exceptions than most convince themselves there are. Even more unfortunately, there’s no algorithm to sort out those instances when the rule doesn’t apply. The more surefire catch-all that I know of is to set a work aside until I can read it with different eyes.

While reading Allende’s The Japanese Lover, I had the distinct sense that this didn’t happen. I think it was written quickly, and because it was written by an extremely talented author, it is still very well written in general. Perhaps because of this and my familiarity with Allende’s other work, I began reading the novel with expectations I wouldn’t have had of an author whose work I didn’t know.

Before I tell you what I’m about to tell you, I will say that the notion of killing your darlings is something that until recently I have struggled with hugely in my current work-in-progress. For me, it was a fear of executing an important moment improperly, and a tendency that to forget that being too precious is perfect grounds for exactly that, not to mention a sense of affected or pretentious writing. I’ve been consciously working on this, which perhaps is why I was quick to see it in others’ writing.

I’ll start by saying The Japanese Lover spans generations in a way few can pull off —normally when I’m reading a novel that has to traverse so much time, there is at least some point where I feel like I’m wading through forty pages of obligatory filler and backstory. Allende skips the boring bits with a virtuosity that never feels jerky or disorienting, and instead focuses on the more cinematic events in the life of the novel’s protagonist, Alma (which means soul in the author’s native Spanish, by the way).

At times, making the quantum leap from cinematic moment to cinematic moment works. Allende sweeps the reader from Nazi-occupied Poland where as a child Alma is sent away from her family to wait out the occupation with relatives living the high life in America, to her love affair with Ichi, the family gardner’s son (wince), to the American internment camps where Ichi is forced to live with his family after the Japanese bombing of Pearl Harbor, even though they are Americans. We see Alma in college, falling in love with art and fashion which are to become her lifelong vocation, we see life in the retirement/nursing/hospice house where she decides to live out her final days. The novel is peppered with love letters from Ichi that Alma has kept over the years. We learn that they marry other people because Alma is too selfish to give up her comfortable life by marrying the poor son of Japanese immigrants, but they maintain a secret love affair for many years (and actually not so secret for Alma, who enters into something of an open marriage with her cousin whose only request is that she doesn’t make it obvious).

Right. Good. All of this is done masterfully.

But there are several moments in the story when I could see much further into the inner workings of the machine than I think was intended. I’ll talk about two standout instances.

The first concerns Alma’s carer at the nursing home, Irina. Irina is a twenty-something Moldovan 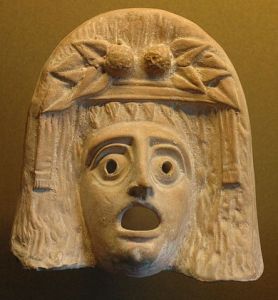 Probably not the face anyone makes when it’s revealed Seth and Irina wind up together.

immigrant being relentlessly chased by Alma’s lovesick grandson Seth, who is young and handsome and rich and has a successful career. Irina and Seth’s Nicholas Sparks-eqsue romance is one of the lenses through which we see Alma’s life and love affairs. This is done to generate intrigue, and it works, although

Seth’s hopeless devotion to Irina doesn’t come across as earned. And in fact a side-plot concerns how for years, Irina spurns Seth’s advances because of what certainly seems intended to be a mysterious and haunting past that appears to be connected to her adolescent years after coming to America to live with her mother.

The mysterious and haunting past is of course that Irina has been sexually abused, and the reader knows it like 80 pages before the details are finally revealed: her abusive, drunk, Texan stepfather filmed himself abusing her and posted it on the internet. A kind FBI agent was able to capture sex offenders in Canada and the US and the trail led to Irina. She is then taken away from her mother, also an alcoholic (she had been sold into the Turkish sex trade before coming to America), given a new identity (Irina is not her real name), and sent away. She winds up in Berkeley, California, where she winds up working at Alma’s nursing home, and the rest is history. So this explains why Irina is so reluctant to embark upon any type of romantic liaison with Seth.

Although a history of abuse and the sense that she is running from trauma is clearly alluded to through Irina’s actions, the sharing of the details of the abuse is very rushed, because the timing is on par with a revelation. But it’s only a revelation if the reader hasn’t worked it out already, and guess what. It’s also hard to have years of sexual abuse as a side story. I think the whole of it needed more room to breathe, and I don’t think the novel would have lost anything had the reader known a lot of the details earlier.

The second darling that lives way too long comes to light at the end of the novel, when Alma’s husband (more like a friend and sometime lover) confesses on his deathbed that he is gay, that he has AIDS, and that, at the hour of his death, he needs his lover by his side. Alma is totally cool with all of this (to be fair, as I said, it was an open marriage) and she even calls the lover up and invites him over. The two have an instant connection in their shared love for her husband and in going together through the process of his passing. 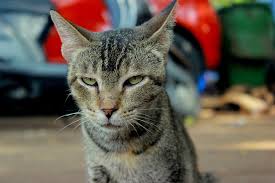 Probably the face everyone makes during Alma’s husband’s deathbed scene.

That Alma’s husband is gay, has AIDS, or a secret lover are details that are not surprising alone, but when they’re rammed together and all at the end like this, it’s all melodrama, and it undermines the vastness and fullness of life that is meant to be implied about him. In the novel, the narration is not attached to Alma alone; again, as a reader I don’t think I would have lost anything had my suspicions about Alma’s husband’s orientation been confirmed earlier. The way it is now feels like Allende struggled to find a home for these details that she knew about this character for a long time, and so fit them in where she could, and the result is that it hits a false note.

I didn’t call Burroughs on it when no one had lunch naked in The Naked Lunch, and by the same token I think it’s okay that a character who was central to the life of the protagonist but rather marginal in the context of the greater story winds up in the title. It’s entirely possible I’ve missed something, but I think the title was there before the story was, back when the story really was all about Alma and Ichi’s sweeping romance, which had been meant to take place in the middle of all these other side-stories.

There are times when it’s okay to let something lovely be what it is. That Seth and Irina will work out is not shocking in the least, but it wasn’t meant to be. And it’s still a great moment. The reader knows it’s going to happen, and wants it to happen, so it’s satisfying when it does. This is very different from intending to surprise or shock or otherwise provide details that are not properly set up within the plot.

What this boils down to is the importance of accepting that most of the time, it’s not worth it to be precious about your plot, but to hold sacred those moments that are—because they are very, very rare.