For obvious reasons, Orlando is often regarded as Virginia Woolf’s most creative work. The story begins with the protagonist, Orlando, a lovelorn young Elizabethan nobleman who has become enamored with poetry, and ends three hundred years later with the same Orlando —now married— a thirty-eight year old female writer. It’s a fascinating way to shine a spotlight on gender differences and centuries of the marginalization of women. More than anything, though, Orlando forces those who read it to confront whatever definitions of “masculine” and “feminine” we’ve assimilated. The discourse is valid, and definitely spurred on some reflection for me. (And some googling. In particular, the person to whom the novel is dedicated, Virginia Sackville-West, and her fascinating love affair with Woolf.) 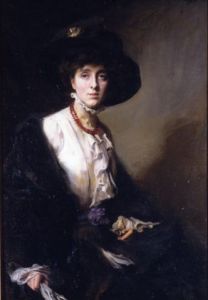 Woolf’s inspiration for the character Orlando

To add to the natural confusion of the bending of time and gender is the narrator, known only as the “biographer” or “biographers.” This narrator refers to Orlando’s maleness or lingering masculinity when, newly awakened as a woman, she laments not being able to engage in sword fighting, visiting pubs, instead having to worry about frivolous and trivial things like how to correctly serve tea and making sure her ankles are covered. It never occurs to the biographer that this is not merely a “male” reaction to the social limitations thrust upon women in Woolf’s time, but also exactly how women feel about it. That the reader is allowed to clearly see the sexism and flaws in the narrator’s thinking without feeling “led” there lends the conversation even more depth. It’s brilliant. Woolf is brilliant. This probably isn’t news to you.

There are dozens of dissertations to be written about a novel like this. But I am forced to narrow down, and as a writer I was drawn in particular to the biting discourse on what it is to write, to be a writer, and, really, to be a female writer. Orlando is lucky in that with any anatomy and in any century, there is almost incalculable wealth in Orlando’s name. Finding time and space to read and write in Orlando’s inherited 365-bedroom estate is not a problem.

And Orlando tries to write. For three hundred years. You root for him, then you root for her. The things that stonewall Orlando’s writing are common to any writer: lack of experience, personal problems, too much awareness of the accomplishments of literary giants and heroes, fear of failure, sometimes a simple lack of pen and paper. Like all writers who make it, though, Orlando never stops trying, even when it’s hard. (Especially when it’s hard.) Man and woman, Orlando keeps the ancient manuscript he began as a teenager and finished as a young woman in a pocket over his heart, her heart.

For me, the best moment is, after waiting centuries and seeing Orlando attempt writing again and again, Orlando, now married to a sailor who is more marginal in the novel than the butler —though the love is real— at last begins to write in earnest. And by that, I mean writes while keeping all the neuroses and fear of being judged harshly and all other hindrances at bay. She allows herself to let go, and not be distracted, which she’s nearly managed before, only now she surrenders the painful self-awareness, the sense of fraud in the process of attempting art, that she has harbored for so long. It’s a wonderful moment, and a tremendous relief: for Orlando’s entire life, as man and woman, Orlando has been enthralled by the thought of writer who have earned their legitimacy by being published. 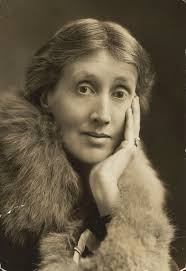 Virginia Woolf, around the time Orlando was first published (1928)

And It takes many painful interactions with this group before Orlando realizes the obvious: they’re just people. By now the reader has waited an inordinate amount of time for this moment.

So there we have it: she writes. She writes for a year. She does nothing else. The reader is awash in relief. The reader thinks it is no coincidence that Orlando is a woman with funds and a room of her own.

But while the reader is cheering, the narrator, ironically, is immensely frustrated.  Sitting and thinking  is not living, the biographer asserts, listing the months of the year as a way of driving home the point that there is nothing to report. The narrator eventually becomes so desperate for Orlando to “do” something during this writing year that the biographer indulges in a fantasy in which Orlando rises from her chair to kill a wasp.

The biographer does not think to share what Orlando writes here, or what she’s feeling.  The reader is left to look at her back, at her writing form through a window, maybe, but never allowed to peek over her shoulder.

That year-long moment beautifully captures a convention all artists must grapple with at some point, which is to say the idea that “sitting and thinking” is not living because it’s not a movie-worthy action sequence. Indeed, the process of creating art is often depicted in film in the form of a peppy montage. We’re left out of that strange and wonderful process. It is too insular, too silent. But Orlando doesn’t care. In the end, I don’t either. I am just happy she makes it. 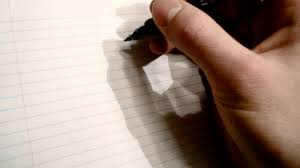 How starting a novel looks in a movie The novel ends the way everything I’ve read by Woolf ends: it kind of doesn’t. We dip into a life and then climb back out. We see the world hasn’t changed, but at the same time can’t help feeling that everything is different.

For me, reading this novel threw into relief how important it is to be in love with (and to keep falling in love with anew) the act of writing. There are myriad things that can hold you back, both external and internal, but they cannot be allowed to matter more than the work if you are ever to accomplish anything. And even then, completing a work is a weird and ultimately satisfying feeling, but it’s not better than the act of creating itself. Or, at least, while it’s important to know when a thing is finished, it’s just as imperative to not want to have written more than you want to write. There must be balance. And what a gorgeous paradox: